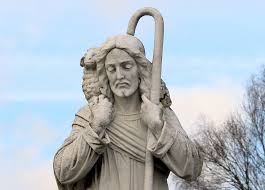 And I say also unto thee, That thou art Peter, and upon this rock I will build my church; and the gates of hell shall not prevail against it (Matthew 16:18).
Churches are Jesus Christ’s own building and his own building project. He has planned His project and has done everything necessary so His project will not end unfinished. He will not lose the battle to build it (Luke 14:26-33). Jesus’ church building project is amazing and special because a church is not a natural building built of block and mortar. He is building a spiritual building whose corner stone is Jesus Christ himself. His building blocks are born again people (1 Peter 2:5). The church is a living organism (1 Corinthians 12:27)! There is one seeming Achilles heel; a weak link in the design of Christ’s glorious church. The Bible is Jesus’ manual for His building project and in it we see the weakest and most remarkable aspect of Jesus’ church building design. This one element has been the source of wisdom, guidance, encouragement and mission passion yet at the same time has caused more problems, headaches and heartaches within the church that anything other one factor. Churches are filled with born again people who are rightfully referred to as sheep (1 Peter 5:1, Acts 20:28, John 10:16).  Simple, with bad eyesight, easily lost, helpless against evil and fearful; these creatures are in desperate need of a good Shepherd. Though this sheep-likeness is troublesome, it is not the Achilles heel I just mentioned. Here is the Achilles heal. Jesus Christ, from among this group of sinful yet saved sheep, chooses, enables and places some of them into leadership positions (1 Timothy 1:12)! He uses words like apostle (Ephesians 4:11), leader (Hebrews 13:7), pastor (Ephesians 4:11), elder (Titus 1:5) and bishop (1 Timothy 3:1, 2) to describe them.
Jesus puts sheep in shepherd’s clothing. Click To Tweet

Jesus Christ’s plan from the beginning has been to choose certain of the sheep and ordain them. He authorizes them to be shepherds. He puts sheep in shepherd’s clothing. Jesus chose His leaders without criteria of experience or education. Immediately after He entered his public ministry, He called unlearned fishermen to follow Him to become His learners. They heeded the call and entered into His short three-year leadership school. Then three years later at the last supper, with no indication they would succeed, Jesus ordained eleven men to lead his church; these same eleven men who moments before had been fighting over who would be the greatest in the kingdom.
Luke 22:29 “And I appoint unto you a kingdom, as my Father hath appointed unto me.”
What was different about these men that we could expect them to be good shepherds? The church needs Jesus, not normal men No? What was God doing entrusting his church to a group of sinners saved by grace? How will the church be safeguarded from the evils of using their positions to serve themselves or even worse, abuse the flock? These were just ordinary men; saved yes, but if, as leaders of the church, they were carnal, or even worse evil, they will have had the authority to cause great heartache, pain and confusion really, Lord?

Lord, is this the best way to build Your Church?

The answer of course again is “yes”. In the church, both the shepherds and the sheep are the same species; Homo sapiens (Latin for “wise man”). God calls His people His sheep and His leaders His shepherds. Many great leaders in the Bible were shepherds—Abel, Abraham, Isaac, Jacob, and David. Moses wasn’t a shepherd until God brought him to the wilderness for shepherd training. By the time God called Moses from the burning bush, he was an able shepherd with a shepherd’s staff in his hand—the sign of a shepherd’s vocation. Jesus declared himself to be a “good Shepherd” who lays down his life for the sheep (John 10:11). When Jesus commissioned Peter, He emphasized Peter’s role as a shepherd when He told Peter three times to feed His sheep. It’s no wonder that Peter, in his first letter, referred to Jesus as the chief Shepherd (1 Peter 5:4) and the Shepherd of our souls (1 Peter 2:25). Jesus Christ became a man to serve men (Philippians 2:5). To be obedient to His call as a good Shepherd, He chose to lose His life for those He serves (Philippians 2:7). Jesus was the Lamb of God who took on shepherd’s clothing. He came as a lamb to the slaughter. He was and will forever be the lamb who was slain before the foundation of the world (Revelation 13:8) who will sit on His throne in eternity (Revelation 21:5). He became a man so He could
succor those He serves (Hebrews 2:15).
Hebrews 2:16: For verily he took not on him the nature of angels; but he took on him the seed of Abraham. verse 17: Wherefore in all things it behoved him to be made like unto his brethren, that he might be a merciful and faithful high priest in things pertaining to God, to make reconciliation for the sins of the people. verse 18: For in that he himself hath suffered being tempted, he is able to succor them that are tempted.
So this is why, in His wisdom, God has chosen men to lead His church. He chose men from among those who would be led. His pastors do not lead from above the people but from among them (Matthew 23:8).  From this place, leaders are able to understand and care for the sheep with the same understanding and care with which they were understood and cared for by their Shepherd. Above the church, forgiving all sin and providing the way of escape for all temptations, is the precious cross of Christ; the place where sin has been dealt with once for all. It is the place where when sin abounds grace much more abounds. The church is a messy place but it’s a beautiful mess because it is comprised of and led by sinners saved by grace. Beautiful!